Bash Valve
While Karl Petersen was having fun developing engine and steam generator systems for steam cars at the Edwards Development Center in Santa Ana, California, Richard J. Smith continued his developments in Midway City. One of the information sheets he supplied to steam enthusiasts and developers was derived from his conversion of a series of Ohlson & Rice two-stroke engines which were popular in chain saws, motorized bicycles, go-karts and gensets.

Note! Engine will now exhaust from both the normal exhaust and the former carburetor inlet.

Protect surface of cylinder head with  a single layer of masking tape. With piston at top dead center, saw protruding lift pin flush with the cylinder head surface. Clean up saw cut with fine file. Install impulse (bash) valve and adjust for a ball lift of  from .035 to .060 using shim washers.

Preoil engine and start in the usual way. The engine will run well on as little as 60psi and will produce over 1BHP on steam at 450psi at 5000rpm. Warning! Engine must be provided with a continuous supply of lubrication. This is effected by means of a reliable mechanical lubricator (see Cole's catalog). For ordinary steam sources, or by the recommended oil/water mix as described in the Super S.A.S.S. Plans. For once-through steam generators. Maximum recommended steam temperature is 750F. 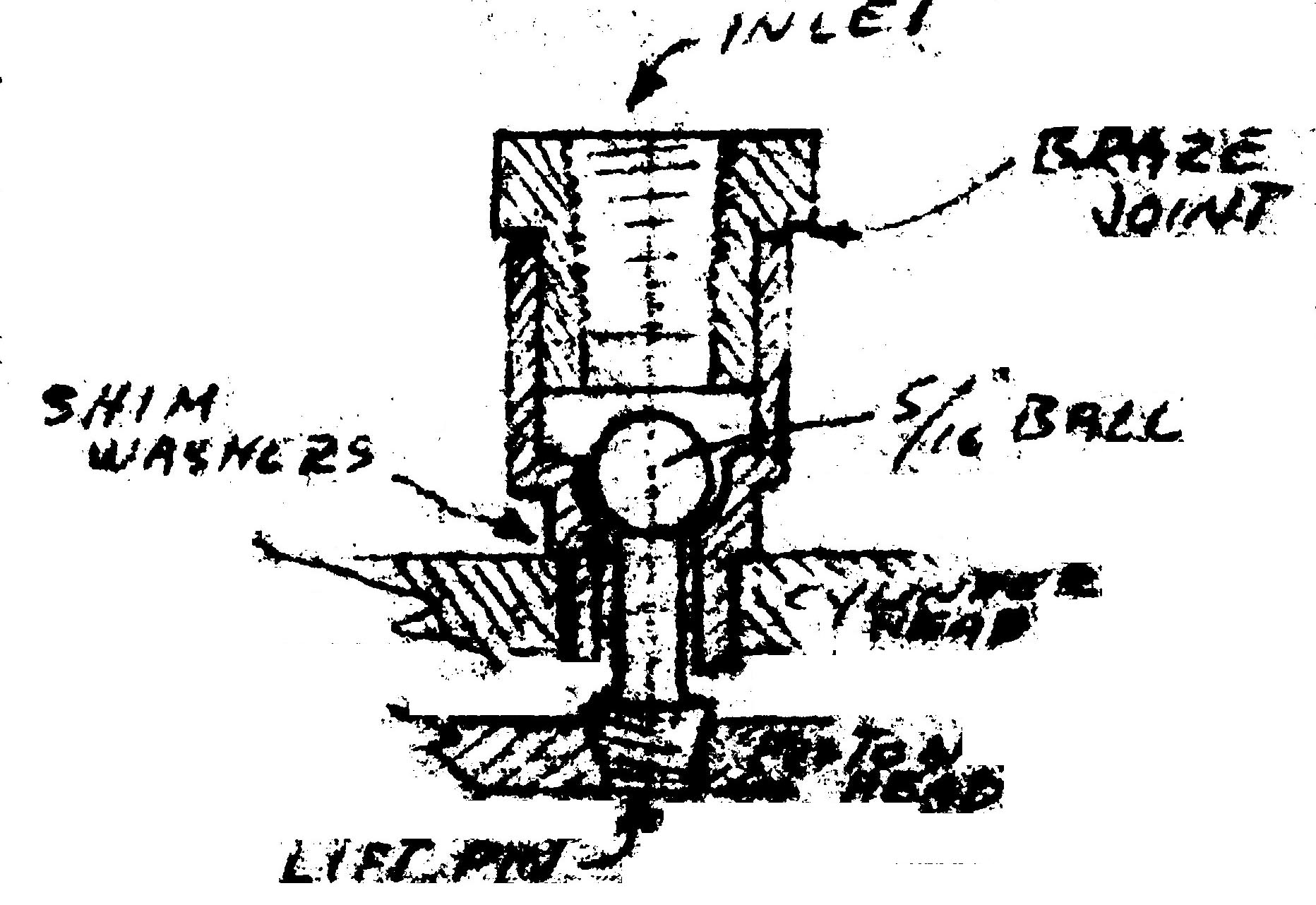 This page powered by